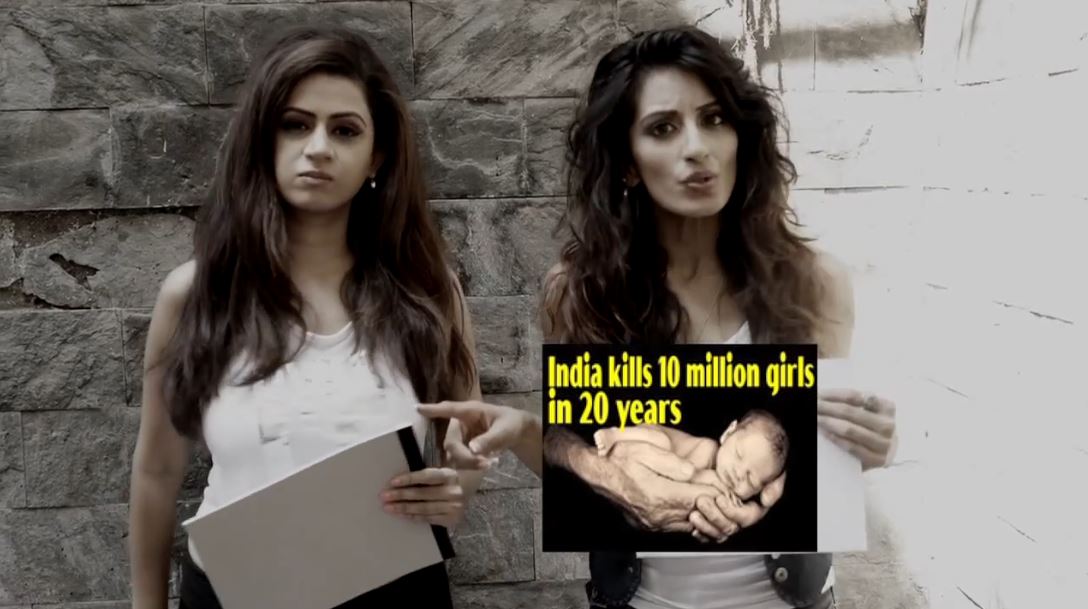 We’re now known as the land of rapes
But did you ever wonder, how this took shape
Don’t shy away now, you’re a part of this culture
Of lawyers who will kill
& politicians who ban our will
& all the other Blood-sucking vultures

We’re a land of ironies
& of rampant misogyny
Stop that tweet
And actually get on your feet
And help reform this mindset
That for years has been preset
That our women are nothing more than objects
To be controlled, shut-up and used for sex
No boy learn some respect

But Its not just the men, its the women too
That slaughter the girl child
Growing in their womb
Then ask the neighbor for a small little favor
Kanya Puja hai-ji
Deydo apni beti
Phoolon se sajaaenge – Devi jaise banayenge
Par apni ghar ki Lakshmi ko shaam ko rulayenge
She menustrates and you call her dirty
Yet don’t you love it when she gets flirty
To date you want a bomb tota
But to take home to mom – a plane jane lota
You call me Chikni Chameli, baby-doll ya kudi namkeen
But holding my boyfriends hand in public – is a no-no scene
Chal chodho uska haat, ab karungi tere saat gandi baat
But gandi is the case
When a girl who’s been raped, has to hide her face
And then that same society
makes a porn star their celebrity
To teach women obedience there’s domestic violence
But no one will report it
They’re meant to absorb it with silence
On that crowded train today, are you sure – you didn’t see the man
Who thought that under my tee-shirt he would rest his hand
Didn’t it boil your blood enough for you to take a stand
Or did you just let it be
Because I was stupid enough to be akeli?
If I walk alone at night – you say Im irresponsible and lame
Yet when I’m seen with a man
To my family I’ve brought shame

Stop throwing bundles of money away at her wedding
While the importance of her education, you’re conveniently forgetting
Ladki ghar ki lakshmi hoti hai
Ya phir baap ka bhojh
Its High time a new soch we all khojh

And hey – did you hear what that sick mo-fo had to say
Man, I pity him more with every day
I bet he shagged to sunny leone last night
Cuz his libido just got too heady to fight
Is it just me who finds this funny?
That these are the men
Who tell us to keep nudity at bay
And yet a quick search shows,
Sunny
is the most googled celebrity today

Are you beginning to see the hypocrisy
In what we proudly call,
the world’s largest democracy
Instead of banning beef, swear words and a sexy undergarment
Why don’t they grow some balls & ban criminals in parliament?
Its time we refurbish our mental vicinity
And find new definitions for honor, dignity, respect & masculinity.

Mera bharat mahan, with a million gods worshipped
And goddess even more with elan
But not enough men saying Meri Beti Meri Shaan
We’re not rappers – no
We’re just a couple of girls tryin’ to open your eyes
You need new heros to idolize
And its time our society got more civilized
We wont be spectators to your misconduct
Our free will is not up for you to abduct
So stop passing the buck – blaming this, blaming that, blaming them
Its from our society that the problem stems
So lets come together, Lets us unite
be the torch bearers of a new light
No we wont stay at home or be scared of the night
We’ll continue to work because its our right
Im short Im fat Im tall Im skinny
I’ll wear what I want – even if its mini
Its only a dress
Don’t for a second think it’s a yes
So to those lawyers & politicians who spew shit
And the rapist who dick should be split
Ill work at home or outside, tackling misogyny with pride
Gone are the times we stayed abused and broken
And behind closed doors we cried
Its about time to change the tide and for you to get on our side
Help us bring in a new day – for you, for me, for us
Lets carve a new way